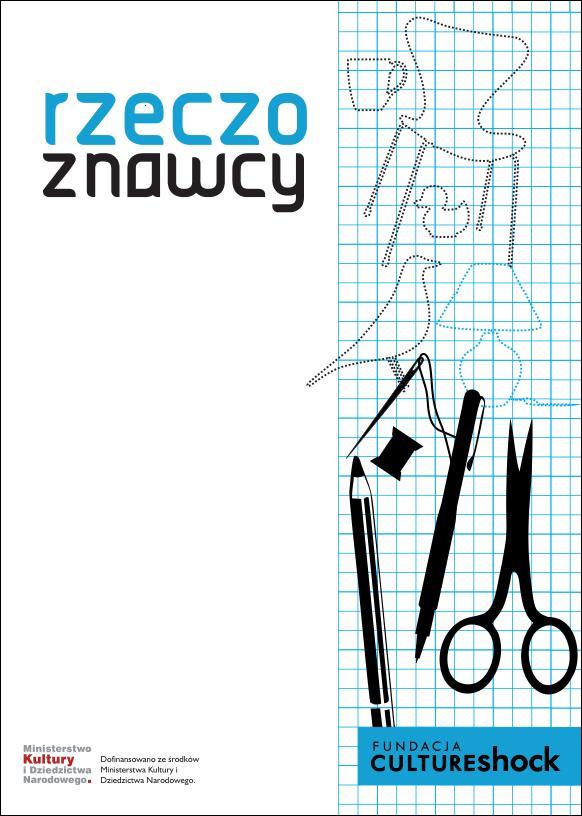 “The Experts” was a project for 55+ seniors, the goal of which was to attract 55+ people to design and art. In practice it meant projecting an object of everyday use and making its model using novel technologies, such as 3D printers, including the latest trends in design. The culmination of series of workshops was a discussion panel “Culture/Senior/Design” with representatives of the world of art and design.

The workshop’s participants could find many attractions: interactive lectures on history of design and industrial design in Poland and abroad, participation in exhibitions, philosophical disuptes and, above all, the opportunity to become a true designer. Experts had a uniqe chance of creating a concept and a 3D model of an object corresponding to their taste and needs!

There were 2 series of workshops, 8 meetings each, in which there were elements of lectures, discussion and a lot of design work with a professional designer. Workshops took place in April and September 2012.

Workshop 1 „ What is industrial design?” 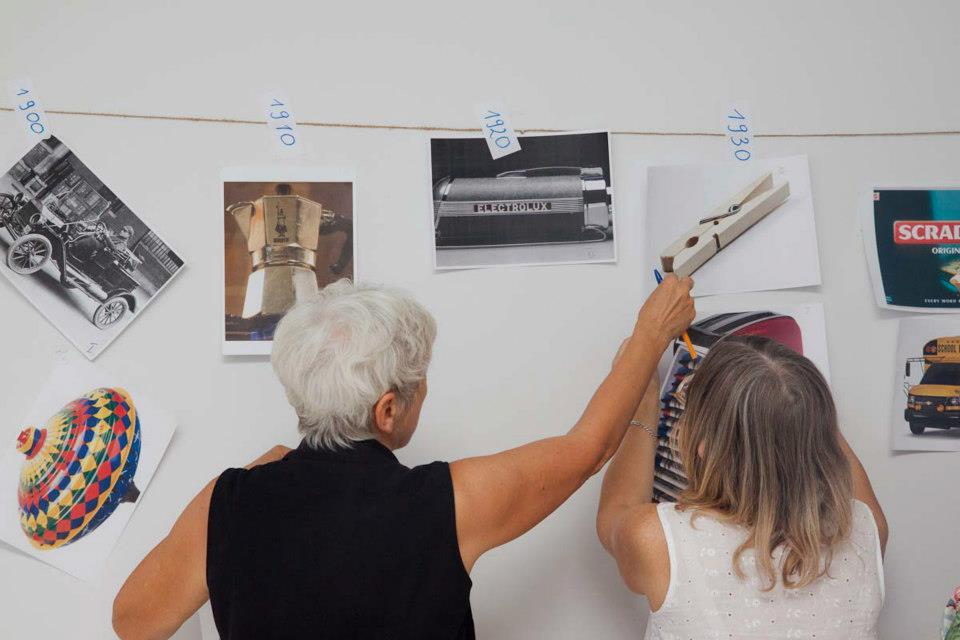 The workshop aim was to introduce participants to the term of industrial design and its history, regarding the elderly people needs. The industrial design was discussed in the historical context. Design’s evolution was discussed in the European and global culture context. Through the workshop, we could present various designing methods. We showed solutions dedicated to the elderly people, on the example of existing products. The first meeting had a bonding character. Participants were given homework which, was to keep a journal of reflections on using the objects and the space of the city.

Workshop 2 “The objects’ philosophy”
This workshop presented a different perspective, which was crucial for stimulating the creativity and openness of participants towards the industrial design, art and material culture. The philosophical interpretation of the objects allowed participants to accomplish profound dimension in their activity. The workshop consisted of interdisciplinary exercises and tasks referred to philosophy and sociology of the subject, based on various theories (reism of Tadeusz Kotarbiński, the philosophy of everyday life of Joanna Brach-Czaina and the sociological approach of the everyday use items of Marek Krajewski).

Workshop 3 „I vs. environment” 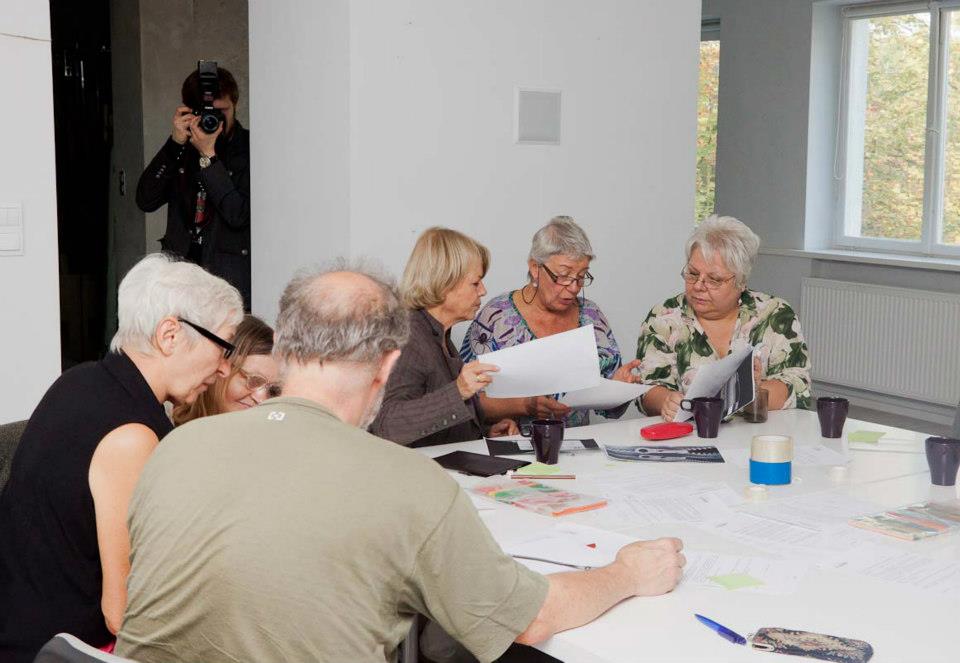 The third workshop was devoted to team work. Participants took part in a discussion referring to the issues of people over 55 in contact with everyday use items, public space and devices. The diagnosis of elderly people needs was carried out in terms of inconvenience, which they come across using the objects and devices. There was also the analysis of the problems specificity (health, motor issues) and its cause. After that the group and the designer were looking for the best solutions for the most common problems.

Workshop 4 „Design − a creative way to make the world better”
On the basis of the previous workshop decisions, the project guidelines were established by the designer and the sociologist. Briefing of the guidelines, which the final project should consist of to resolve selected problems: budget, technology, material, aesthetics, utilization. There were also presented the technological capabilities of prototype workroom, production technique, manufacturing methods and innovative solutions of 3D printer.

Workshop 5 “I − designer”
During the workshop participants were put in the designer’s shoes. They made a conceptual draft of the product on the basis of the guidelines and features established at the previous meeting. There was an overview of the resulting solutions.

Workshop 6 „I − constructor”
This workshop was a continuation of working on creative design of participants. The collective realization of the final project had been planned. There was also a summary discussion. Some work was put off to the next meeting.

Workshop 7 “Design and the world of art” 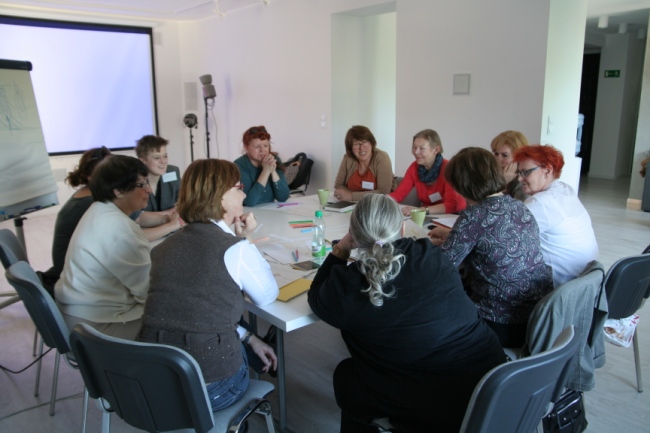 The group was working on individual projects and was trying to establish the market quality of the products. Internet research of similar projects in order to determine the innovative level.

Workshop 8 “3D Printing!”
Due to the long printing process of 3D printer, which lasts about 6 hours in case of a small object, participants could see a finished product and observe the 3D printer in action. The important element of the meeting was a discussion on renderings made by the designer, from materials delivered by the participants.

Workshops were led by:

Paulina Jędrzejewska – she is engaged in free and informal education, new technologies and intergenerational projects. She creates installations in public space, which she regards as a place for building social capital and dialogue. Co-founder of Hedoco, which produces open-source design and fashion. Experienced coach, sociologist, cultural anthropologist, urban activist. Paulina graduated from Group Coaching Study at the TROP School, Applied Social Sciences at the University of Warsaw. She studied Design Management at the Warsaw School of Economics, Gender Studies at Polish Academy of Sciences. paulina@cultureshock.pl

Marcela Kawka – graduate of the Faculty of Industrial Design at the Academy of Fine Arts in Warsaw. She is an industrial and visual communication designer. She is leading a design office – Locomotif Design Studio. Marcela is engaged in designing new market products, corporate identity, supervision of implementation and consulting in the design implementation strategies.

During two cycles of the workshops 14 projects were created. All of them are under the Creative Commons license Attribution – Share Alike 3.0 Poland (CC BY-SA).

Effects of participants work can be seen in the catalogue (below). We also invite you to read the catalogue of the conference “As the years go by. Design in public space” organized by Cieszyn Castle, which was attended by leaders of the workshops. 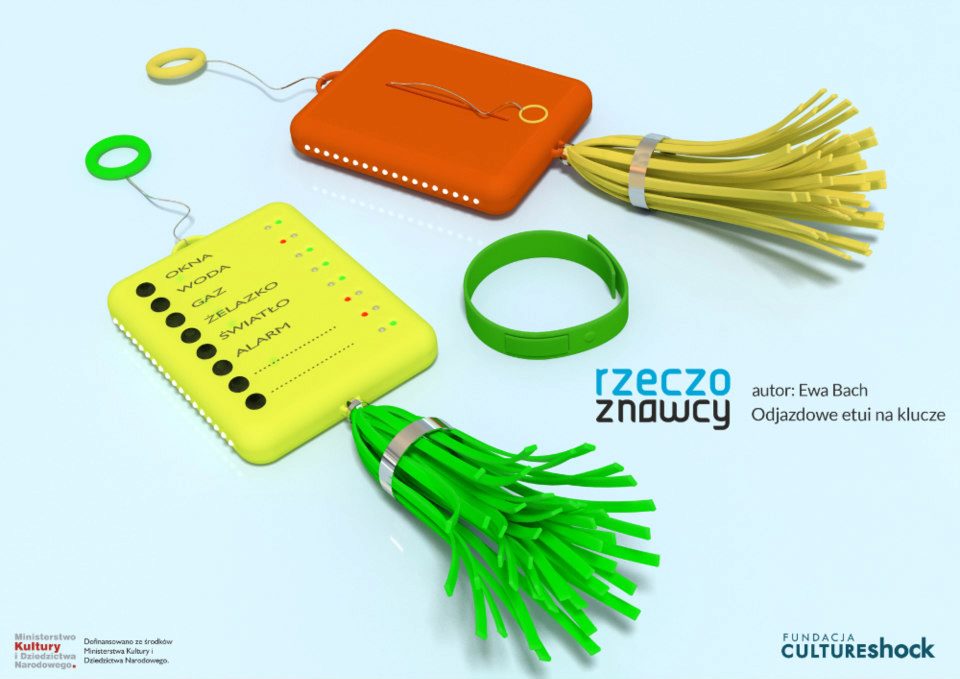 Design is one of the most distinctive characteristics of the present. Maybe even a certain “zeitgeist” of the age. Most of all it is an area of innovations (social, culture, technological) and a space of integration of art with everyday life. In some way, you could speak today of the culture of design. “The Experts” were created in order to recognize the importance of design on modern man.

Paulina Jędrzejewska, president of the Foundation: My approach is close to Tim Brown’s. The author of “Design Thinking” says that design is too important to be left just to designers. He calls for a return to bring back design “to people”. Our project is an attempt at that. The workshop’s participants do not have to have any artistic skills. Just curiousity, openness and being willingness to create!

The project has gained the interest of other cultural institutions, including Towarzystwo Inicjatyw Twórczych “ę”, Cieszyn Castle.
What is more, portals such as – ngo.pl, designattack and others published numerous articles about “The Experts”.

There was also a second edition of the project.

Media sponsor of the event:

Project was co-founded by the Ministry of Culture and National Heritage. 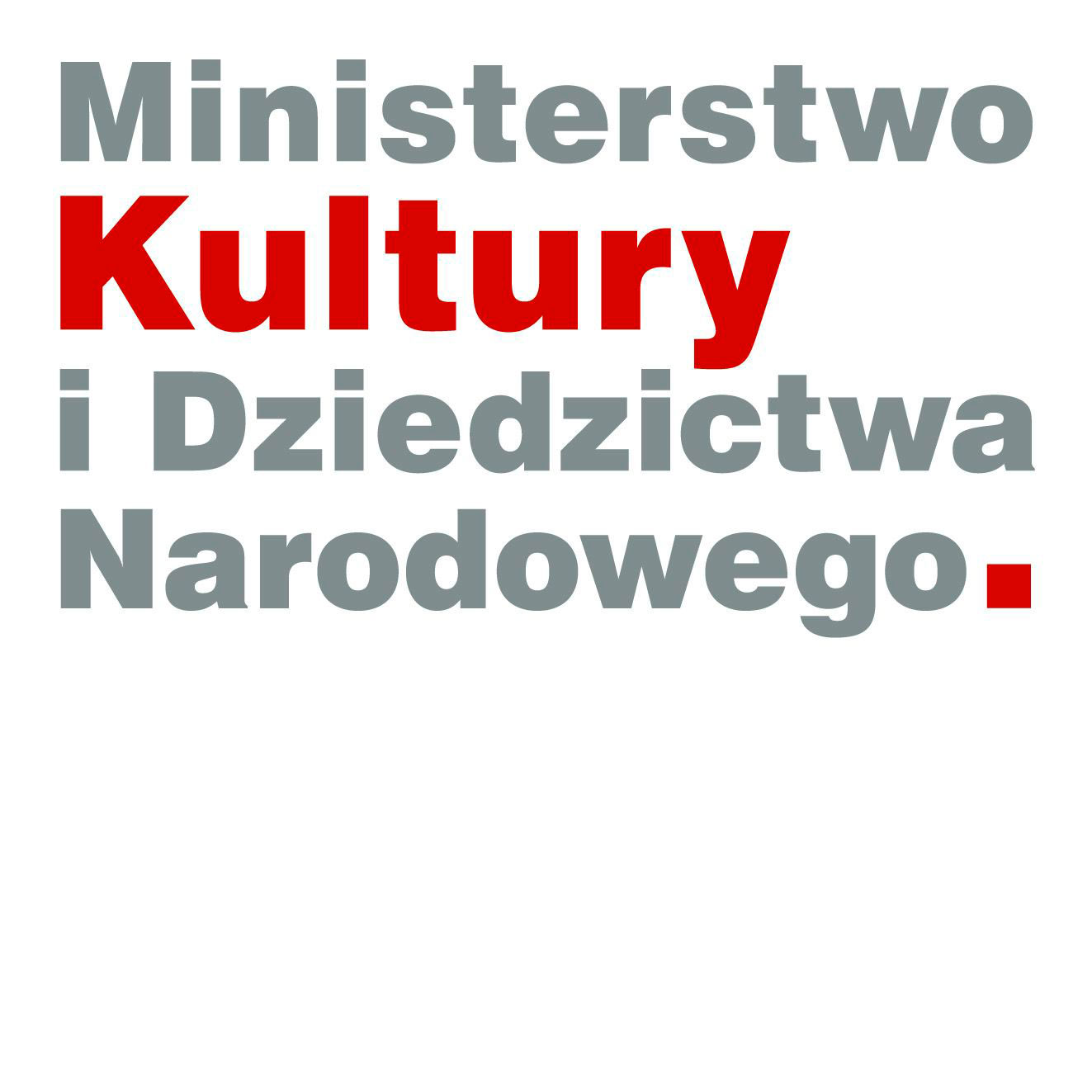