Culture Shock Foundation is a non-profit organization that supports creative and professional development of various groups of people. Humans are always at the center of our actions – we look at their individual needs and potentials, their communities, and the space they live in. Our mission is to provide digital education access to everyone regardless of age or social status and to support local communities in Poland and abroad through various cultural and educational activities. We use new technologies and innovative educational tools, often created by ourselves, to break the barrier to the world of digital culture.

Digital education is for us the basis of conscious presence in contemporary society (4 editions of FAM – Forum of Mobile Applications and Games for Culture, cooperation with several dozen partners, significant growth of the audience over 4 years).

We address our offer both to individuals (e.g. projects: “Media Lab” – intergenerational workshops of new technologies, “Magic in the process” – media education for young people), as well as institutions (development of volunteer work at DPS on behalf of the City of Warsaw). Every year we support several hundred people and several dozen institutions. Since 2010 we have been operating on a continuous basis – we have completed over 60 national (from district to national) and 6 international projects, cooperating with partners from 15 countries. Since 2019 we have been implementing the Burnout Aid project (Erasmus+ grant), under which we have conducted research on the professional burnout team in the NGO, diagnosing problems faced by the 3rd sector, which will result in creating a support system for the NGO. In 2020 the FCS team worked in 4 working groups at the Ombudsman, developing recommendations for better functioning of the sector.

OTHER AREAS OF OUR BUSINESS

New technologies and design
Our projects within new technologies and design contribute to the development of digital skills of the audience: young people and seniors, increasing participants’ awareness of new digital technologies in culture (projects: “MediaSocialists”, 2015, “Magic in Process”, 2015, “MediaLab Junior”, 2012, “MediaLab Senior”, 2012, “MediaLab Junior Warsaw”, 2013). In the area of design, the Foundation has held three “Expert” workshops (2012-2015) for seniors and young parents, giving participants the opportunity to create their own design of an object or spatial solution based on a needs analysis. We are a member of the Coalition for Open Education and the Broad Agreement for Digital Skills in Poland.

Local communities
As part of the activities for the development of local communities, a great attraction is the space of the Warsaw Scarp, where our headquarters are located. Skarpa was the site of artistic and animation activities in the years 2011-2015 (biennial of art in public space Skarpa, projects: “Skarpa. Reactivation!”, 2011, “Skarpa: Relocation”, 2013, “Skarpa. Rewelacja”, 2015). On behalf of the Warsaw Cultural Way on the Slope coalition, the Culture Shock Foundation coordinated three editions of the open-air event “Mayday on the Slope”. (2012-2014) and “Warsaw Scarp Feast” (2015). Summarizing the last years of its activities on the Skarpa, the Foundation has prepared the first publication in over 20 years comprehensively describing this particular area (book “Skarpa Warszawska”, 2015).

Since 2014 we have been implementing the “Greenpoint. Transformations” project in New York. It is a cultural and social activity aimed at bringing out the potential of Greenpoint as a space for cultural, artistic and neighborhood activities. The project includes cultural animation and research on the social history of the place.

Between 2013 and 2015 we were a member of the Participatory Budget team in the Śródmieście district of Warsaw.

Artistic activities
The Foundation also carries out artistic projects, supporting young artists. Between 2011 and 2014, in the Culture Shock Gallery, we regularly organized exhibitions of painting, sculpture and media art. Concerts and theatrical performances were held in the Space on the Slope, which we run.

The Culture Shock Foundation presented the effects of its projects during the Culture 2.0 Festival at the National Audiovisual Institute, Media Camp Culture 2.0 Opole 2013, the project conference Invisible Design in Poznan and the exhibition “Design in Public Space. Years Fly” in Cieszyn Castle. Our texts have been published in many publications, such as “Cultural Education. New times, new tools”. (article entitled “Medialab – Magic in the process”), published by the Lublin Commune; quarterly 2+3D (article “Expert – On design workshops for the elderly”), 2+3D No. 49.

Our Areas of Expertise

We develop digital competence in our participants, both youths and seniors. We help them become conscious participants of culture in digital age (projects: “Media Activists” 2015; “Magic In Process” 2015; „MediaLab Junior”, 2012, „MediaLab Senior”, 2012, „MediaLab Junior Warsaw”, 2013). Regarding design, we organized a series of workshops called “The Experts” (2012-2015), for seniors and young parents, to give an opportunity to design an object or landscape solution to an urban problem that reflects their needs. We are members of The Coalition for Open Education and the Wide Coalition for Digital Skills in Poland.

As a way of supporting the development of local communities we focus attention on the Warsaw Embankment (Skarpa Warszawska), a geographical phenomenon in Warsaw, Poland, where our office is located. The Warsaw Embankment is a place where we conducted cultural and artistic events between 2011-2015 (art in public space projects: „Skarpa. Reaktywacja!”, 2011, „Skarpa: Relokacja”, 2013, “Skarpa. Rewelacja”, 2015).
As a part of Warsaw Cultural Trail on the Embankment coalition we coordinated citywide events: “Picnic on the Embankment” (2012, 2013, 2014) and “Warsaw Embankment Festival” (2015). We published a book describing the Embankment and summarizing our activities there (the book is published in Polish).
Since 2014 we have been organizing “Greenpoint. The Transition” project in New York – a series of cultural and social activities targeted at Poles, those with Polish roots, and everyone interested in Polish culture and history. This project arose out of the need to share interesting cultural and educational events with the Polish diaspora living in New York, to promote Polish artists among Americans – especially those living or moving to Greenpoint – and to reveal Greenpoint’s potential as a wonderful space for creative, artistic, and neighborhood activities.
We were a member of the Participatory Budget Committee of the Central District of the City of Warsaw from 2013-2015. 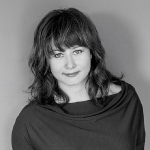 President of the Board

President of the Board. She is engaged in informal education, new technologies and intergenerational projects. She creates installations in public space, which she regards as a place for building social capital and dialogue. Experienced coach, sociologist, cultural anthropologist, urban activist. 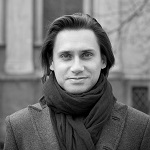 Founder and Chairman of the Culture Shock Foundation. Law and Culture Marketing graduate, financier. Enthusiast of art in public space. From birth residing at Skarpa Warszawska whose “reactivation” is a personal goal of his foundation activities. 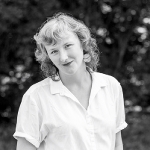 Expert on performative methods and education

Trainer, coach, theater pedagogue, researcher and performer. She works with various audience groups, including young people, adults, artists and teachers. She supports organizations and institutions operating in the field of socially engaged culture and art. Likes to dance and write poetry. 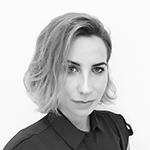 Vice President of the Board. Graduate of Cracow Academy of Fine Arts and Postgraduate Management Studies in Warsaw. She designs games and apps, since 2013 she has been promoting the knowledge of mobile apps in culture and education. Curator of FAM – Applications and Mobile Games Forum. Author of a fanpage about mobile apps in culture and education. 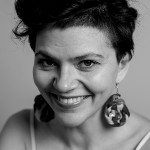 A polish philologist, culture expert and art therapist by education, a one-man band by profession. For years, she has been exploring various methods of communication, including media, public relations or social media and this is what she does in the foundation. Fascinated less waste cooperative member and the furniture renovator. 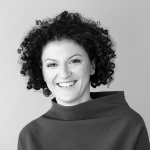 Sociologist, manager and musician by education. She helps business owners, educators and entrepreneurs to innovate and design more effective and engaging learning experiences online. She teaches how to use technologies to drive engagement of employees, students and conference participants. 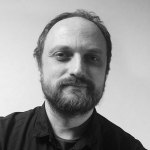 Archaeologist by education, programmer by passion and profession. For many years associated with non-governmental organizations in the field of culture. Enthusiast of Open Source ideas. In between programming he deals with digital retouching and preparing photos for print.

A graduate of the Illustration Studio and the Multimedia Artistic Creation Studio at the Academy of Fine Arts in Warsaw in 2015, his works were shown with honors, among others, at the Debut Film Festival in Koszalin, Young and Film, or at the group exhibition at the Zachęta Gallery in Warsaw. He shares his work for an advertising agency with designing books, illustrations and animated films.

Graduate of the Illustration Studio at the Academy of Fine Arts in Warsaw in 2015 with honors. Her work has been shown at international painting exhibitions, in Warsaw's Zachęta Gallery and national galleries. She worked in an advertising agency, today she designs fabrics and creates animated films. 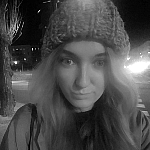 Psychologist and slovenian philologist successfully blending these two fields at work. Youth worker by heart in all its colors mainly in the role of trainer and project coordinator. Fan of critical thinking and effective altruism in spare time experimenting with veganism.

Editor, cinematographer, budding writer, history and automotive enthusiast. In his spare time he peels couches, carpets and sweaters from the fur of his pets. He dreams of vanlife, living in harmony with nature and a bigger bookshelf. 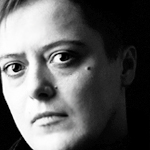 Product designer and visual communication, graduated from Industrial Design at the Academy of Fine Arts in Warsaw. Marcela leads a design firm Locomotif Design Studio. At the Culture Shock Foundation she works on projects generally related to design-alongside Paulina Jędrzejewska she led the workshops “The Experts” and “MediaLab Senior”. 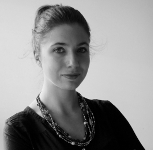 Member of the Foundation Council. Specializes in building effective teams by working on areas such as building relationships and trust, communication, creative problem solving, mission and goals. Her passion is reconstruction of the medieval culture such as costumes and food. 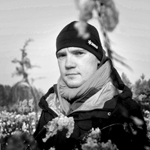 Co-founder of the “Graj w zielone” (“Play Green”) project held at his countryside place, Sławek leads the walks in search of wild edible plants. Fascinated by wild plants, vegetale gardens and the history of Warsaw. Sławek promotes a healthy lifestyle and environmental education. 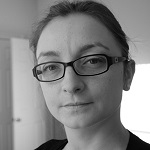 Journalism, Philosophy and Cultural Studies graduate. At the Culture Shock Foundation she has been coordinating projects and promoting cultural events. Since 2013 lives in New York where she realizes “Greenpoint. The Transition” project.