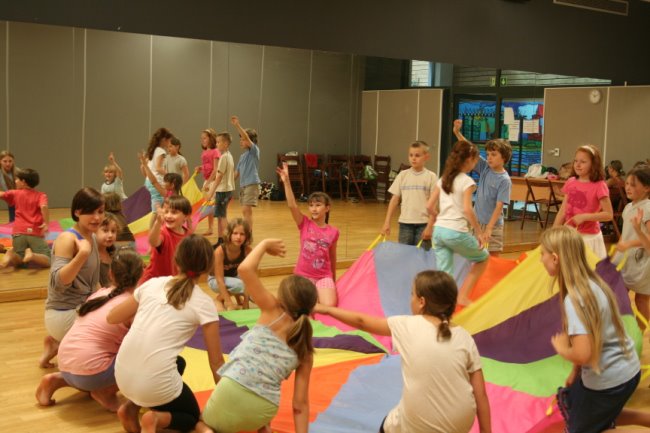 City of Dreams was a two-week series of workshops on modern dance and drama, combining movement, dance, play and theatre, aimed at children aged 9-12 years, spending their holidays in the city. The workshops took place every day from 2 to 14 July.

The culmination of workshops was a spectacle.

The aim of the project was to mobilize children and youth for culture activities, develop their creativity and artistic possibilities (by inducing interest in art) and above all, promote dance and theater activity.

Spectacle ending the workshops was an artistic vision of experiencing city space by children spending the summer in Warsaw. The scenic city (which they created) was their imagined playground – the place, where they learn to cooperate with peers, to resolve conflicts, to be independent, often without the company of adults. The spectacle took place on 13 of July at Centre for Promotion of Culture.

The workshops were lead by two experienced teachers and contemporary dance and drama trainers Katarzyna Warowna and Marzena Roguska, coordinated by Iwona Wiśnios.

The project’s partner was Centre for Promotion of Culture Praga-Południe.

Project was co-founded by the City of Warsaw, Praga Południe.